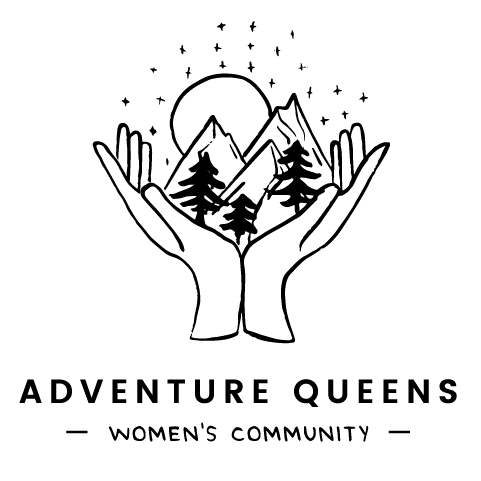 < Back to Blog Home

36, divorced, unemployed and living with my parents. Not exactly the dream life plan. Yet here I was, sat in my childhood bedroom hovering over the button to submit my application for the Adventure Queens grant.

How did I get here?

Rewind three years, I made the scary decision to end my marriage. I moved cities, started a new job and took a three-month sabbatical to go travelling, ultimately realising I wanted more from my life. I spent the whole of 2019 working out an exit strategy from my successful corporate career and in January 2020 I finally walked out that door for a round the world adventure of a lifetime.

My timing was impeccable. Cue a global pandemic.

With my plans in tatters, I questioned my life choices. After so many bold decisions, I was now filled with doubt and my mental health plummeted. The last few years had taken their toll. I felt battle weary and my world had shrunk completely.

I knew I needed to reclaim my fighting spirit, my courage, my self-belief and my sense of adventure.

I closed my eyes and pressed the send button.

Fast forward five months and I am making my way up the Bealach Na Ba; the greatest ascent of any road in the UK and an infamous top 100 cycling climb, on a bike weighing around 40kg, seriously questioning my life choices once more.

It’s only the second day of my adventure and it’s safe to say nothing had gone according to plan so far.

Starting with a serious mechanical (twice) on the way to the train station just a few miles from my home, which meant that despite having had my bike serviced prior to the trip, I needed a full chain set replacement that I had to figure out when I arrived in Inverness.

Now here I was, lungs burning, feeling like I was going to throw up, having to stop and rest at every passing place, and nearly in tears at the fact that I couldn’t do it.

But here’s the thing.

I was doing it.

Sure, it was slow. And painful. But I had made it to Scottish Highlands, with my bike, and I was in fact cycling the NC500.

I had made it further than most people ever dare to try.

Regardless of what happened next, no one could ever take away the fact that I’d had the guts to put myself out there and take on this epic challenge.

I realised that day, the success was in the starting.

I was also beginning to experience a glimmer of just how much magic was in those moments where the ‘plan’ crumbled.

The kindness from strangers, the letting go of control, the serendipity of the universe. Everything working out ok in the end.

All things that post-adventure, I’d learn had an addictive draw to me keep coming back into nature to push myself out of my comfort zone time and time again.

In total, I spent 27 days traversing the UK on my bike. Having only started cycling to train for this challenge a few months prior in January, I clocked up 954 miles and 63,795 feet of elevation (that’s a whopping 2.5x Everest!)

I can say now quite candidly I had no clue what I was getting myself into. The daily mileage, the elevation, what that felt like on a heavy bike, cycling in 30mph winds, camping on my own.

If I’d known for sure how much I’d struggle on those first five days, perhaps I might not have started.

But then, the breath-taking Highland scenery, glorious descents, countless cake and café stops, rolling countryside with just the cows and sheep for company, the complete liberation of having nothing to do but get on the bike and ride.

When I received that email telling me I’d won the grant, I just remember thinking “Oh crap, I actually have to do this now”. It turned out to exactly the right combination of accountability, some quality kit plus the support from my mentor Charlotte, that gave me the vital nudge to the start line.

Looking back now it feels surreal. That woman, who just months before was a bit lost and afraid, had cycled from the most northerly point on mainland Scotland, to my parent’s home in the West Midlands. Completely self-supported.

How did I feel?

And whilst I had fallen just short of my 1,000 mile target, it genuinely didn’t matter.

What had been a seemingly crazy dream at the end of a hugely emotional and difficult 2020, had become my reality. I had done it.

Now part of my story, and, who I am, this is something that will always be with me. Be mine.

It’s hard to put into words that feeling. Total and utter satisfaction.

Since completing her Adventure Queens grant ride, Lindsey has hiked the National Three Peaks, cycling over 600 miles in between, and cycled the Way of the Roses Coast to Coast in less than 36 hours. She will be finally starting her long awaited round the world travels in 2022.

Words and Images by Lindsey Bonner 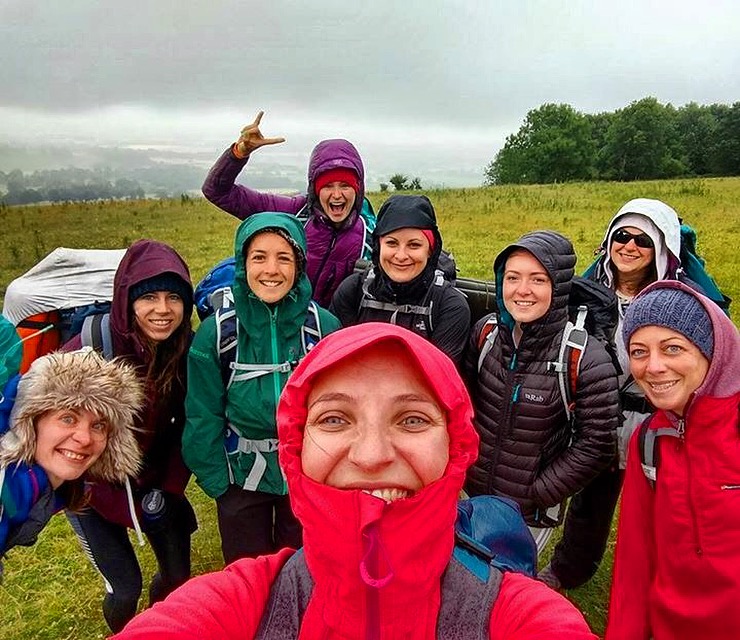 We have a cunning plan to unite the wild women of this world and get us all outdoors! By signing up here you'll join a community of thousands of other Adventure Queens who receive a regular (ish) dose of tips, advice and info on all things adventurin'. Just fill in the mini-form below and we'll be in touch soon.

You have Successfully Subscribed!

See our Privacy Policy.
We use Mailchimp as our marketing platform. By clicking below to subscribe, you acknowledge that your information will be transferred to Mailchimp for processing. Learn more about Mailchimps privacy practices here.